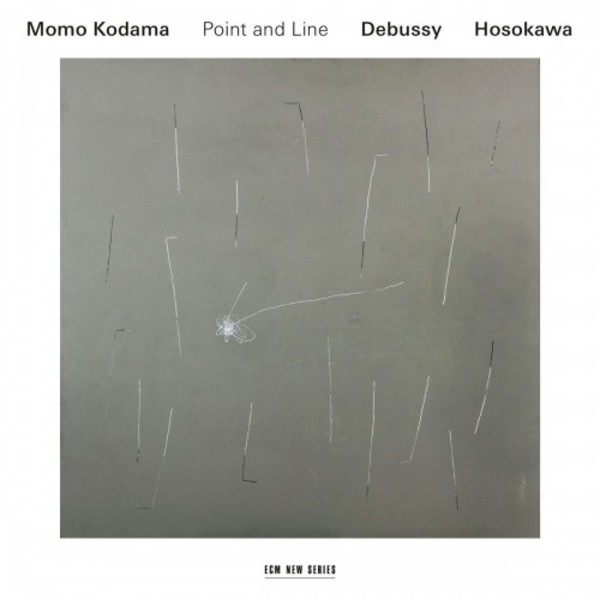 Born in Osaka, educated at the Conservatoire National Supérieur de Paris, Momo Kodama is well-placed to approach music from both Eastern and Western vantage points, as she does in this album which interweaves etudes of Claude Debussy (1862-1918) and Toshio Hosokawa (born 1955). Both composers have similarly been border-crossers. Debussy, pointing to music of the future, looked to the Orient for inspiration. Hosokawa has combined aspects of Japanese and European tradition in his contemporary compositions. Momo Kodama: “In the music of Toshio Hosokawa I find elements close to Debussy: the freedom of form and tone colour, the sense of poetic design, with a wide range of lyricism and dynamics, between meditation and virtuoso development, between light and shade, between large gestures and minimalist refinement.” Point and Line is the pianist’s second ECM album and follows the widely-praised La vallée des cloches, with music of Ravel, Takemitsu and Messiaen, of which American Record Guide noted. “Kodama’s impeccable technique and facility for crystalline sounds makes for a mesmerizing program.“